Prime Time Funk is a 10-piece powerhouse of passionate musicians from Western NY who write, arrange, and perform a world-class combination of funk, jazz, and R&B that’s hard to categorize but easy to feel. In its 22 years, PTF has played multiple times at the Lionel Hampton Jazz Club in Paris as well as at the Rochester International Jazz and Rochester Fringe Festivals.
PTF’s debut CD, Ready and Willing, was co-produced by Grammy® Award-winning producer Jeff Tyzik, RPO Principal Pops Conductor. Its self-produced follow-up CD, Hear and Now, is a tribute to the band’s co-founder and original bass player, Ralph Ortiz. PTF is the official house band of the Rochester Music Hall of Fame annual awards ceremonies at Eastman Theatre. 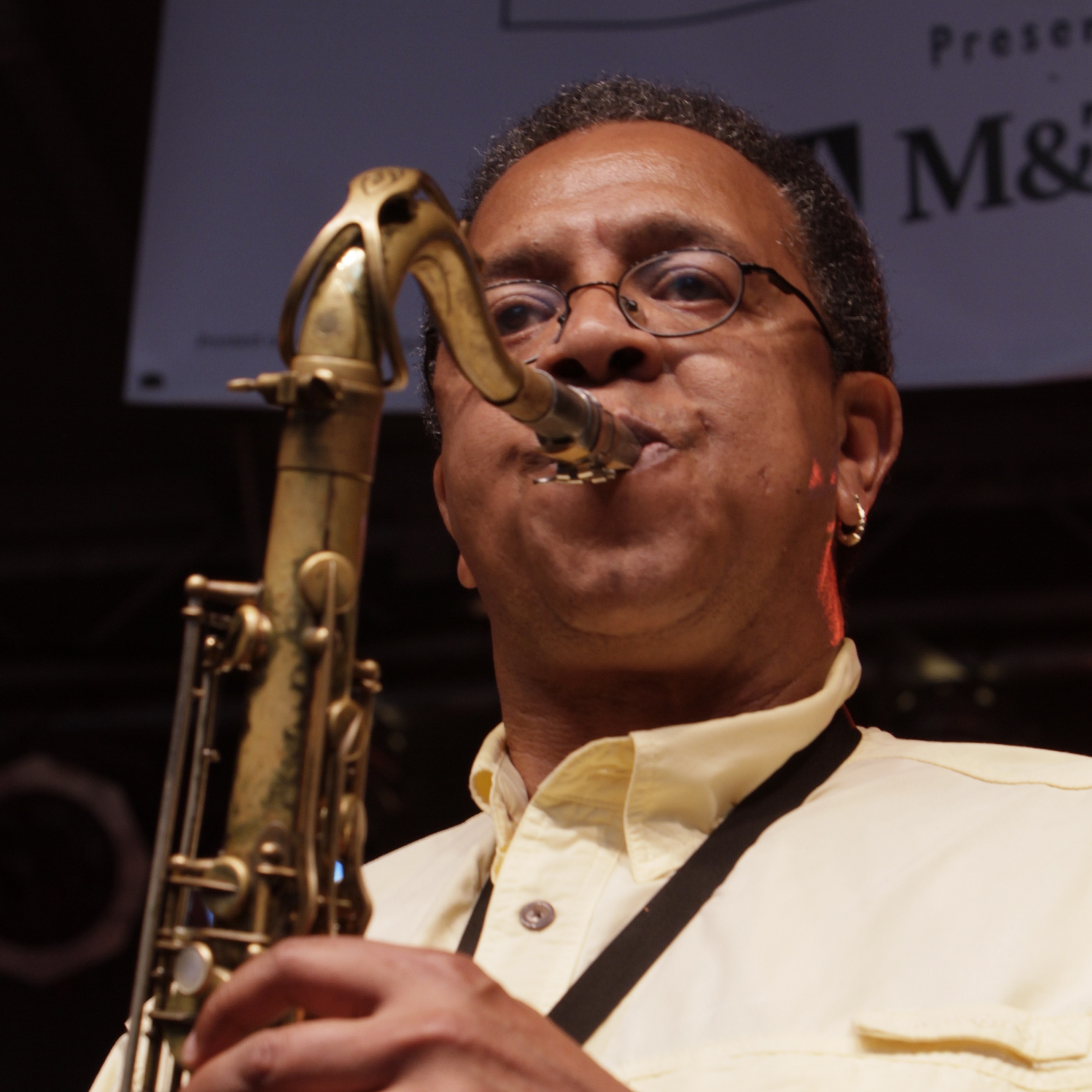 As a child, Jim Richmond entertained the neighborhood kids by imitating Elvis on his front porch. After listening to his father's gospel group rehearse weekly in their living room and at the urging of his mother, he was inspired to take up the saxophone. While still in high school, he led his own band, The Echomen, and then went on to major in music at SUNY Fredonia. Sugar Hill signed his band, Mother Freedom, in the late 70s and released one album. Like his sax playing, Jim's serious vocal, songwriting, and arranging talents have kept him in demand over the years.

He's written songs with people like Kim Stone from the Rippingtons and former Spyro Gyra member Chet Catallo, performed on national commercials for such clients as Buick, was hired by Disney to be the singing voice of “Munch” at Chucky Cheese’s throughout the country, and shared the stage with world-renowned acts including Tower of Power and George Benson. He’s been hired by and performed with The Temptations and the Four Tops, former Foreigner lead vocalist Lou Gramm, and former Rascals guitarist Gene Cornish. Jim also wrote many of the songs, as well as horn and vocal arrangements, for PTF CDs Ready and Willing and Hear and Now. Music director for his church, he also music director for the Rochester Music Hall of Fame’s annual Induction Ceremony at Eastman Theater. 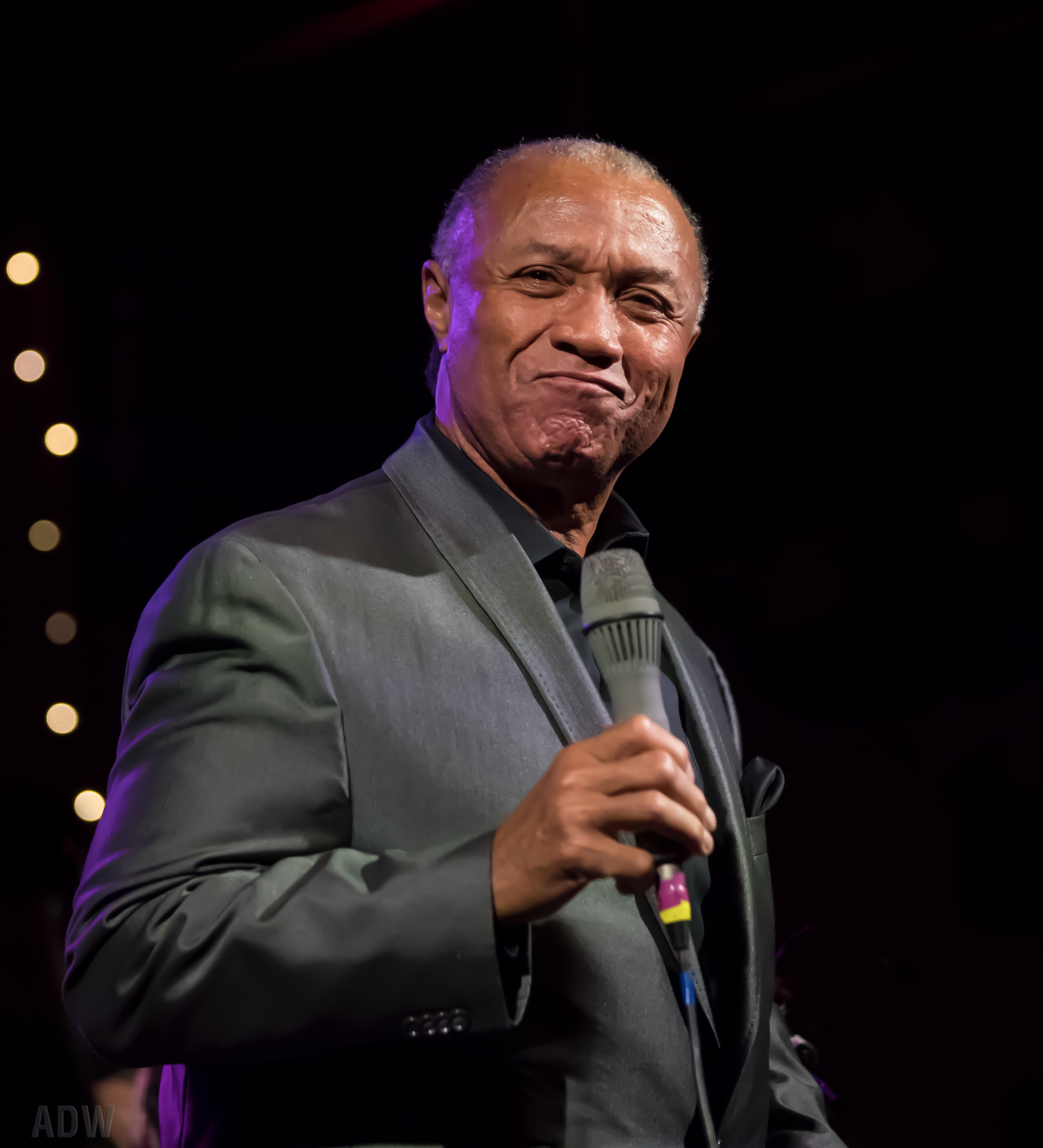 Singer Ronnie Leigh has been wowing audiences from Istanbul to Winnipeg,and from Detroit and Philly to New York City, at thousands of performances over five decades. The musical equivalent of Hank Aaron, this versatile, four-time Syracuse Area Music Award-winner never disappoints – hitting it out of the park every night. He’s recorded with Cabo Frio on Zebra/MCA Records, and with Larry Arlotta on Spirit Jazz. He's shared the stage with Pat Metheny, theYellowjackets, David Benoit, Special EFX, Spyro Gyra, David Sanborn, Tom Scott, Etta Jones, Jon Hendricks, Chuck Mangione, and the Syracuse Symphony Orchestra. Ronnie has toured with the Drifters, and regularly performs with both the Tommy Dorsey Orchestra and the Orlando Jazz Orchestra. His multiple-octave vocal range, engaging stage presence, singular style, and love of the music always comes across and – whether he’s interpreting Monk, Al Jarreau, or Duke Ellington – the man is consistently sensational! 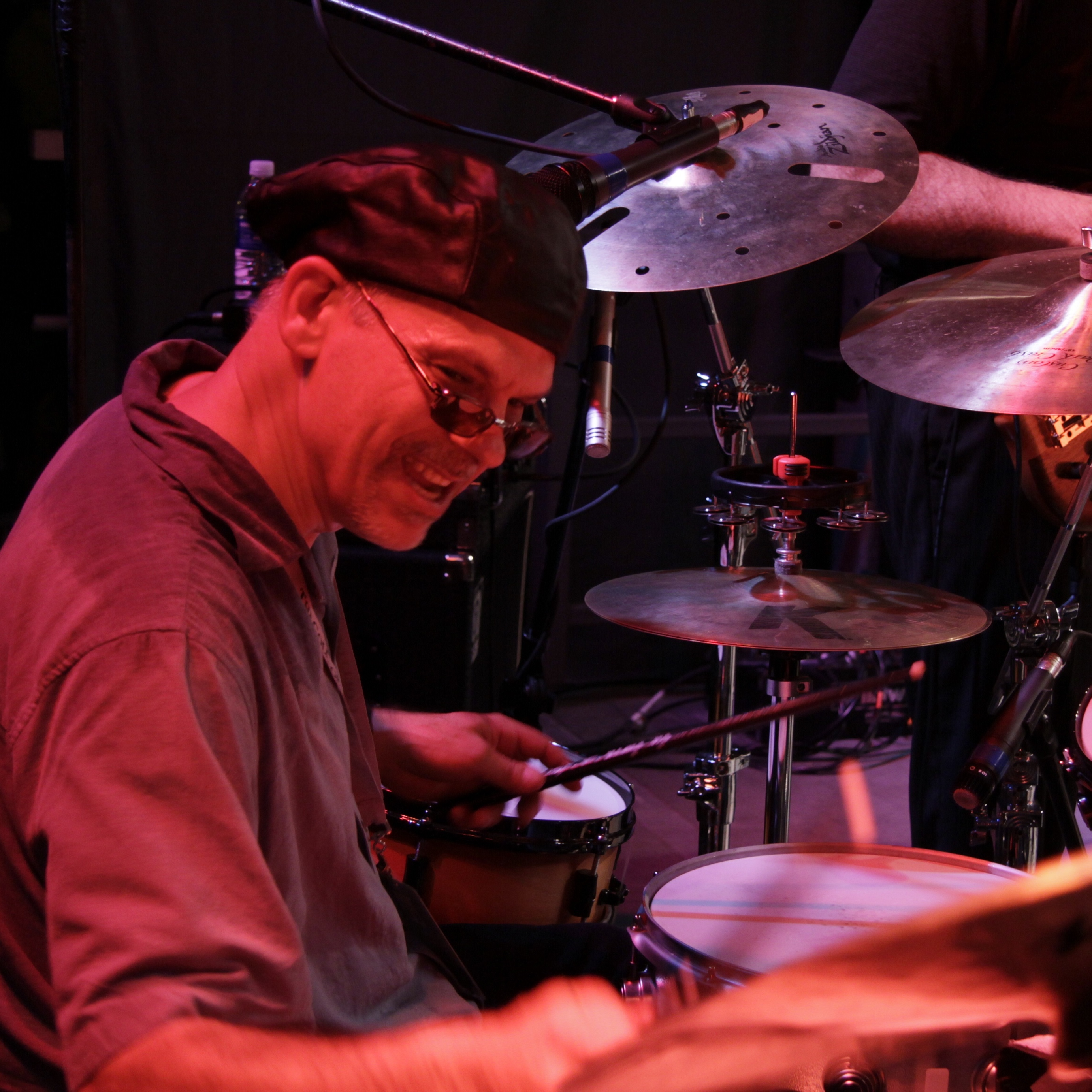 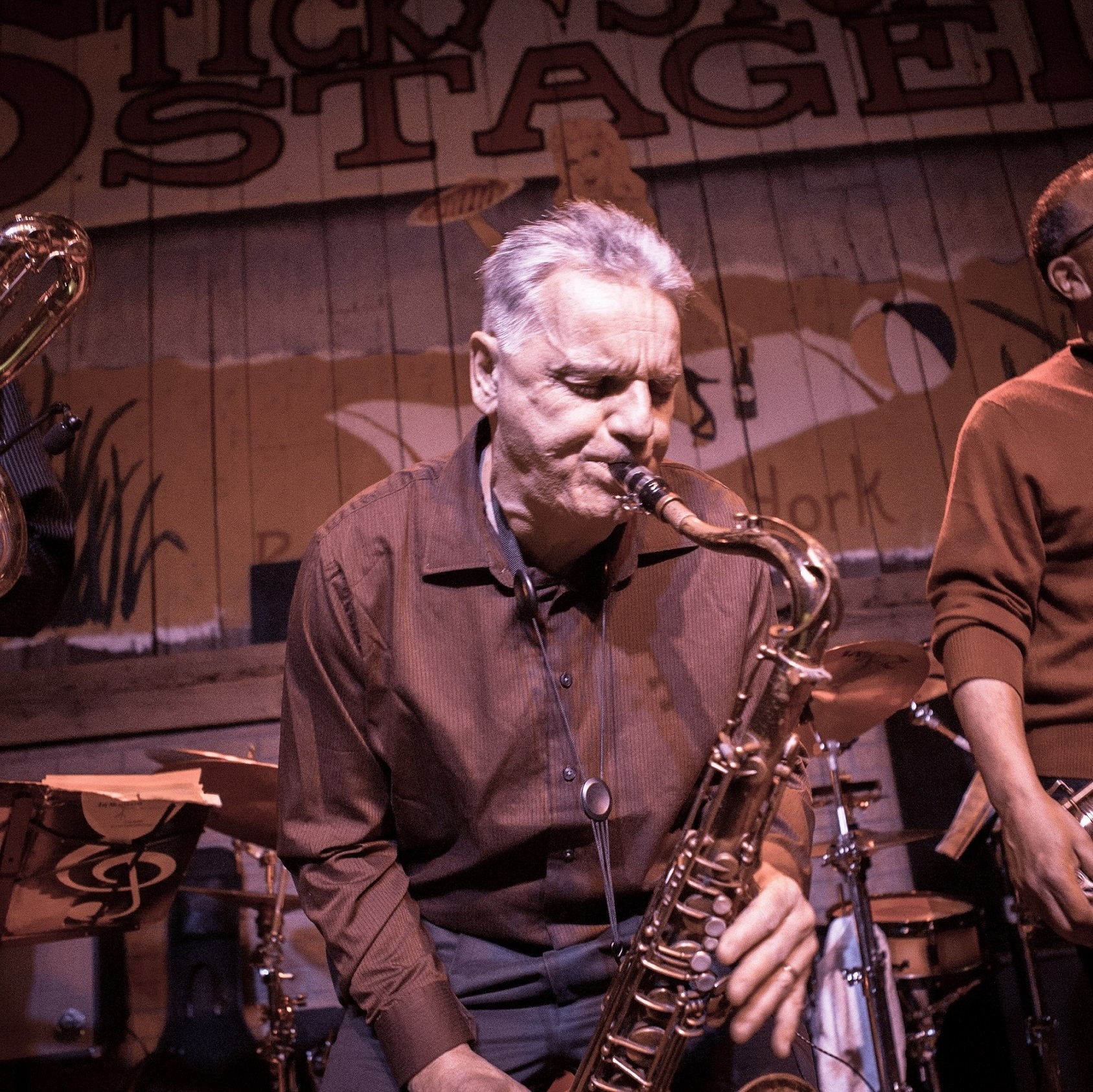 Vince Ercolamento has a performance degree from Nazareth College in Saxophone and Flute. He started touring with bands immediately upon graduation, eventually working with Jimmy McGriff, Cornell DuPree, and Bo Diddley, among others. He has appeared at the Lionel Hampton Jazz Club in Paris with Lyle Lovett's vocalist, Francine Reed, and Texas blues guitarist Sherman Robertson. He also received a National Endowment for the Arts award, which enabled him to study with renowned jazz saxophonist, George Coleman. Vince has played on nationa lcommercials, soundtracks, and album projects like Doug Flutie's The Flutie Gang. He also leads his own jazz quartet and wrote many of the horn arrangements for both of PTF’s CDs.Vince has released two jazz CDs as a leader: Delightful Eyes (2001) and InnerSoul (2016). 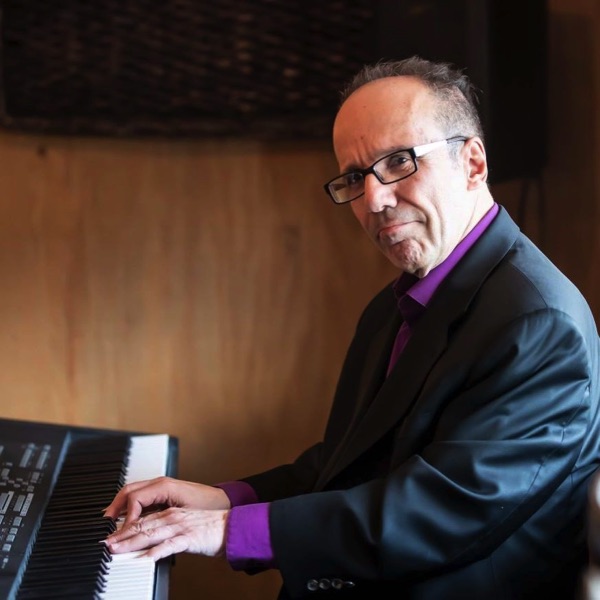 Besides playing with PTF, Andy Calabrese leads his own jazz trio in Rochester, New York. As president of his own music production company, he composes and produces jingles and film soundtracks, recently producing tracks for The Stylistics, Danny and the Juniors, and Jay and the Techniques. He's in demand as a sideman as well, having performed with well-known jazz and pop artists such as Chuck Berry, Aretha Franklin, Paul Anka, Chuck Mangione, Pepper Adams,Joe Romano, Sal Nistico, Chet Catallo, Nancy Kelly, Jeff Tyzik, Doc Severinsen,and Kenny Rankin. He also played the National tour of Broadway’s Phantom of the Opera. Andy studied piano at Shenandoah Conservatory and the Eastman School of Music. When he's not gigging, composing or producing, Andy is usually teaching jazz and classical piano. 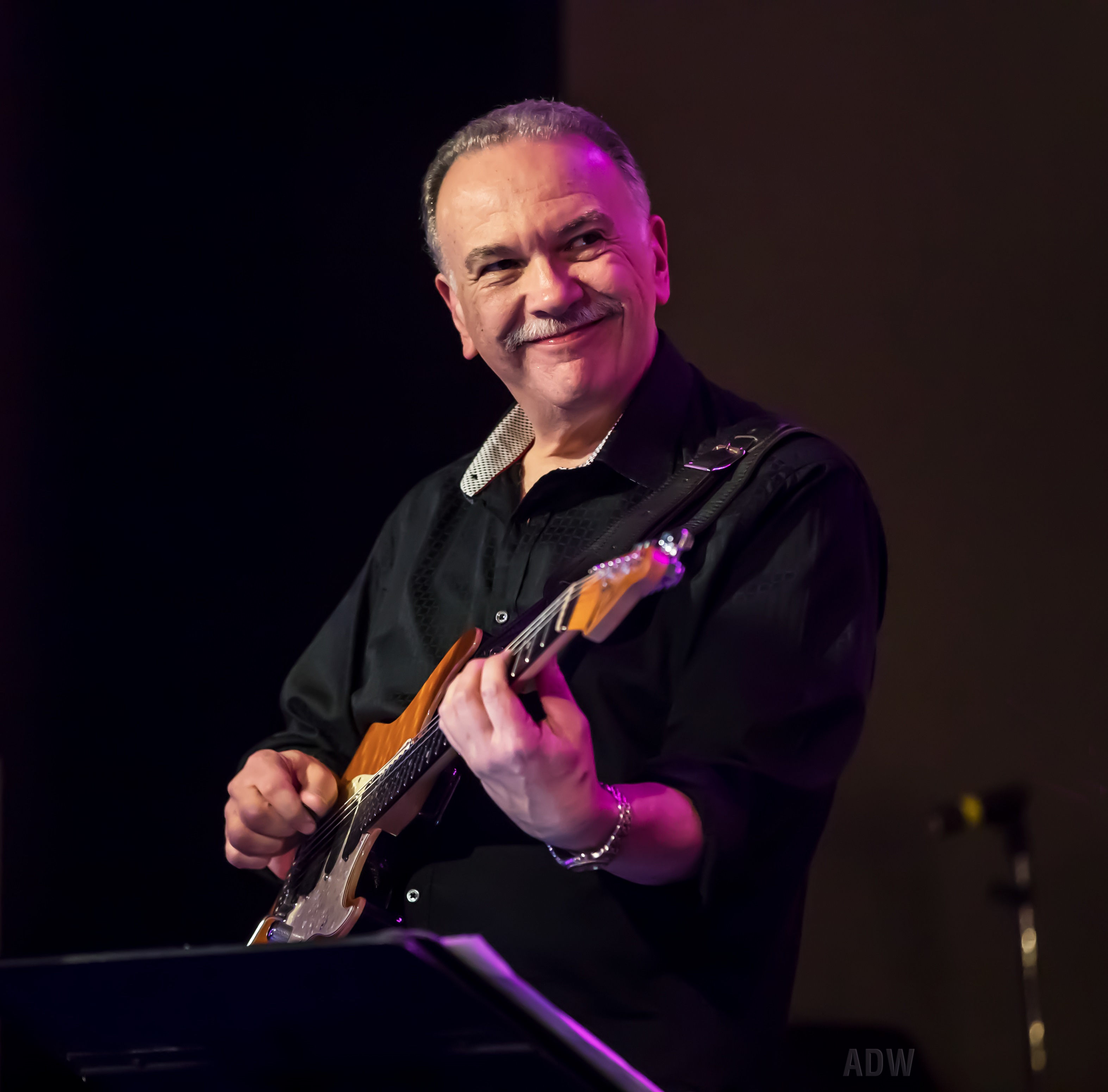 Joe Chiappone’s desire to play an instrument began at age five during a family jam session. He began guitar lessons when he was eight years old, and went on to study with jazz guitarists Dick Longale and Tom Rizzo (MaynardFerguson/Doc Severinsen). Joe also majored in Jazz Guitar at the University of Miami and studied Jazz Improvisation with Ray Ricker at the Eastman School of Music. Besides owning and operating Northfield Music Studios, a popular guitar store and music school in Pittsford, NY, Joe is in demand as a studio musician and side man. He’s also performed with the Rochester Philharmonic Orchestra, Broadway touring shows, and many well-regarded regional bands. 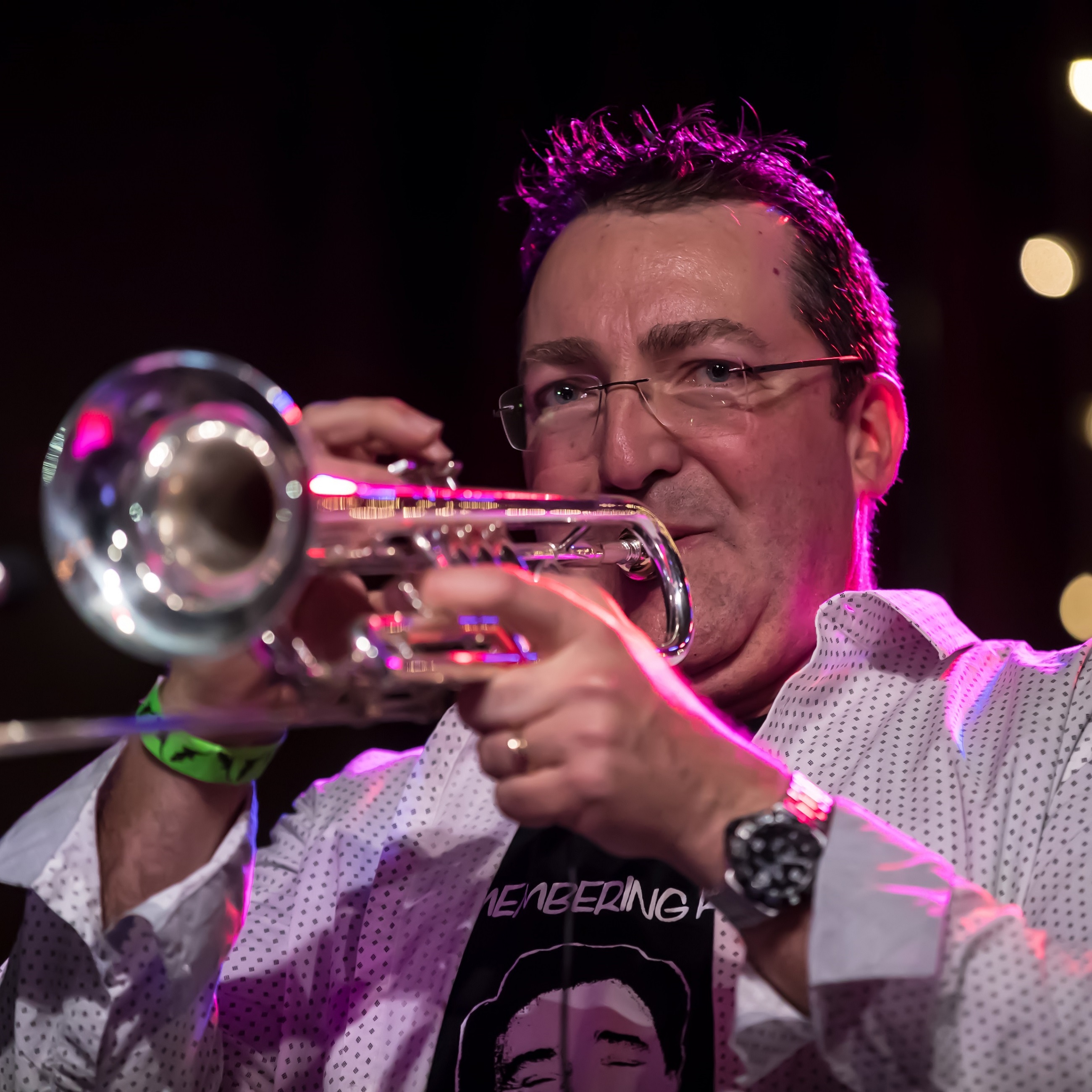 Ron D'Angelo was born in Philadelphia, raised in Pottsville, PA, and has been living in Rochester since 1988. He has recorded numerous radio/TV jingles and has played lead trumpet for Aretha Franklin, Johnny Mathis, The Four Tops,The Temptations, Gap and Chuck Mangione, The O'Jays, Bobby Vinton, Connie Francis, Martha & the Vandellas, Josh Groban, Joan Rivers, the Eastman Jazz Ensemble, and Royal Cruise Lines. He has also performed with Natalie Cole, The Woody Herman Orchestra, David Clayton Thomas, and Frank Sinatra, Jr., and played the jazz trumpet chair on the PBS special, An Evening with Michael Civisca. Ron holds degrees from the University of Rochester and Syracuse University, and attended Berklee College of Music. 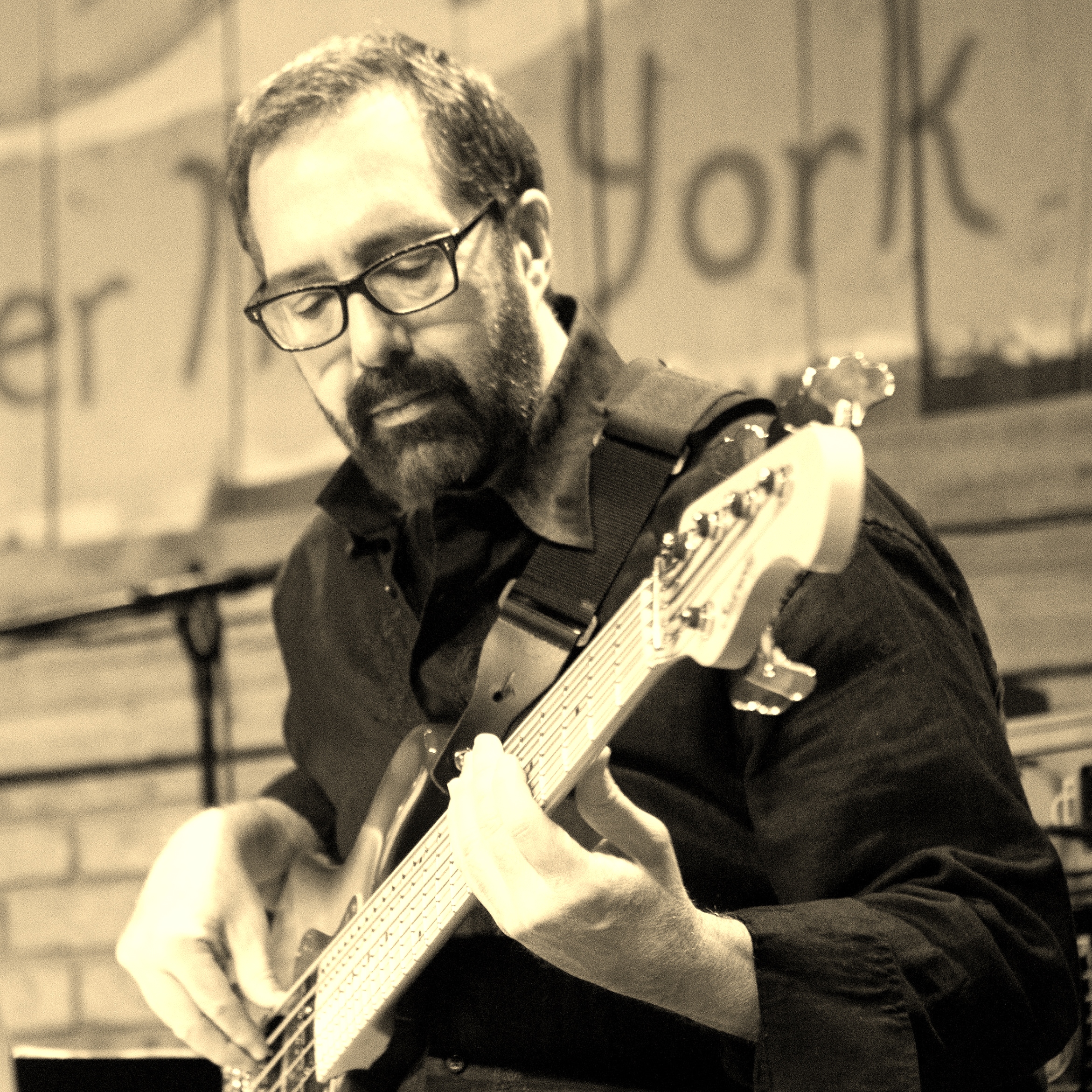 Bass player Ron France was introduced to music by his father, a trumpeter who played with Stan Kenton's band and was a staple on the Central New York music scene. During the 1990s, Ron was bassist for jazz vocalist Nancy Kelly, whose first album on Amherst Records went to number eight on the Billboard jazz charts. From there,he went on to become the touring bassist for Doc Severinson of The Tonight Show with Johnny Carson. His long-time collaboration with vocalist Ronnie Leigh and keyboardist Larry Arlotta led to two Grammy nominations for their CD, Song for My Father. Ron has been fortunate to work and/or record with such jazz luminaries as Eye Level, Jeff Tyzik, Alan Vizzuti, Three for All, Cabo Frio, and many others. This newest member of Prime Time Funk, he stepped in for PTF co-founder Ralph Ortiz, who passed away in 2009. Ron also plays with Hot Sweets, a band that features keyboardist/vocalist Todd East and PTF members James Richmond, Joe Chiappone, and David Cohen. 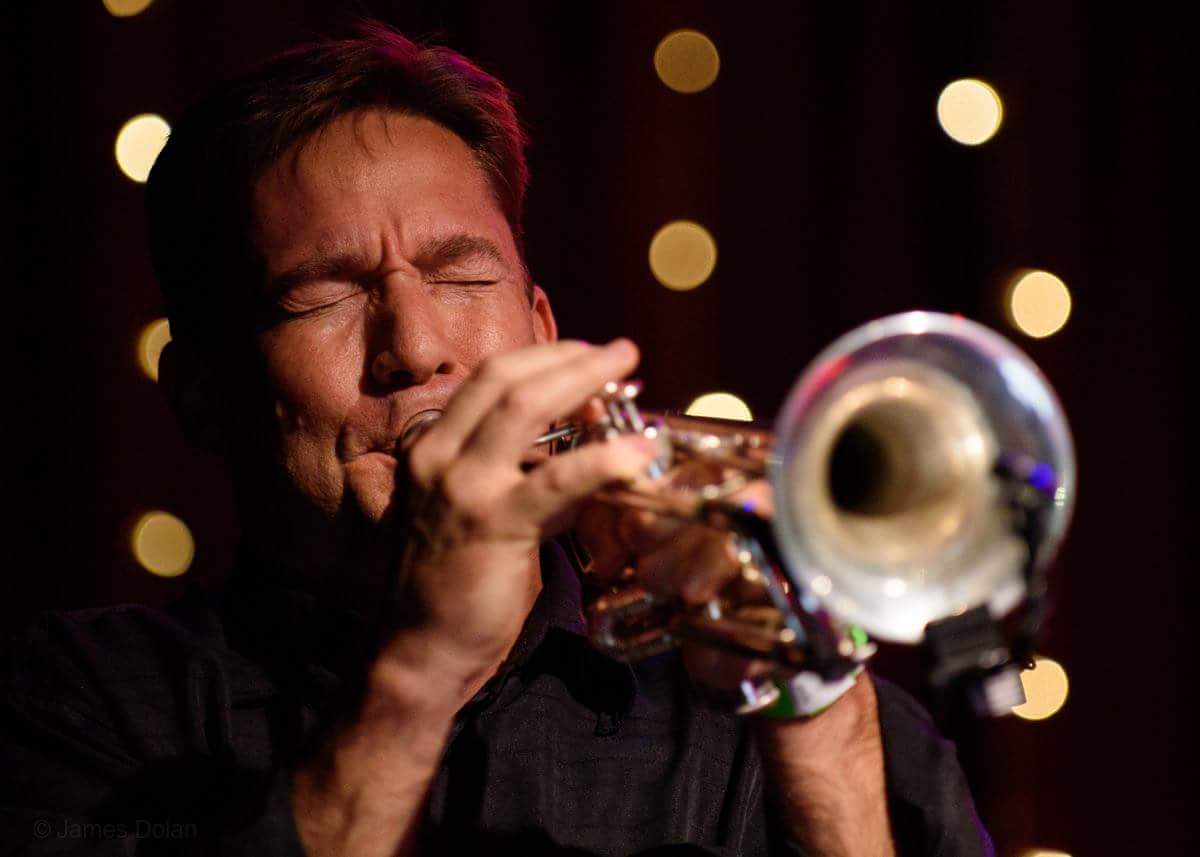 Derrick Lipp has been a member of PTF since shortly after the release of the band’s debut CD, Ready and Willing. Derrick has performed with Nick Brignola, Joan Osborne, George Caldwell, The O’Jays, Alfred “Pee Wee” Ellis, The Temptations, Paul Schaffer, Kathy Sledge, David Clayton-Thomas, and The Four Tops. He has shared the stage with acts including Mark Anthony, Tito Puente, The Airmen of Note, Woody Herman's Thundering Herd, Jiggs Wigham, and Bruce Hornsby. His playing can be heard on radio and TV spots for Chevrolet and The United Way as well as on numerous CD recording projects. Derrick continues to compose music and arrange charts for a variety of horn sections, some of which are featured on PTF’s second CD, Hear and Now 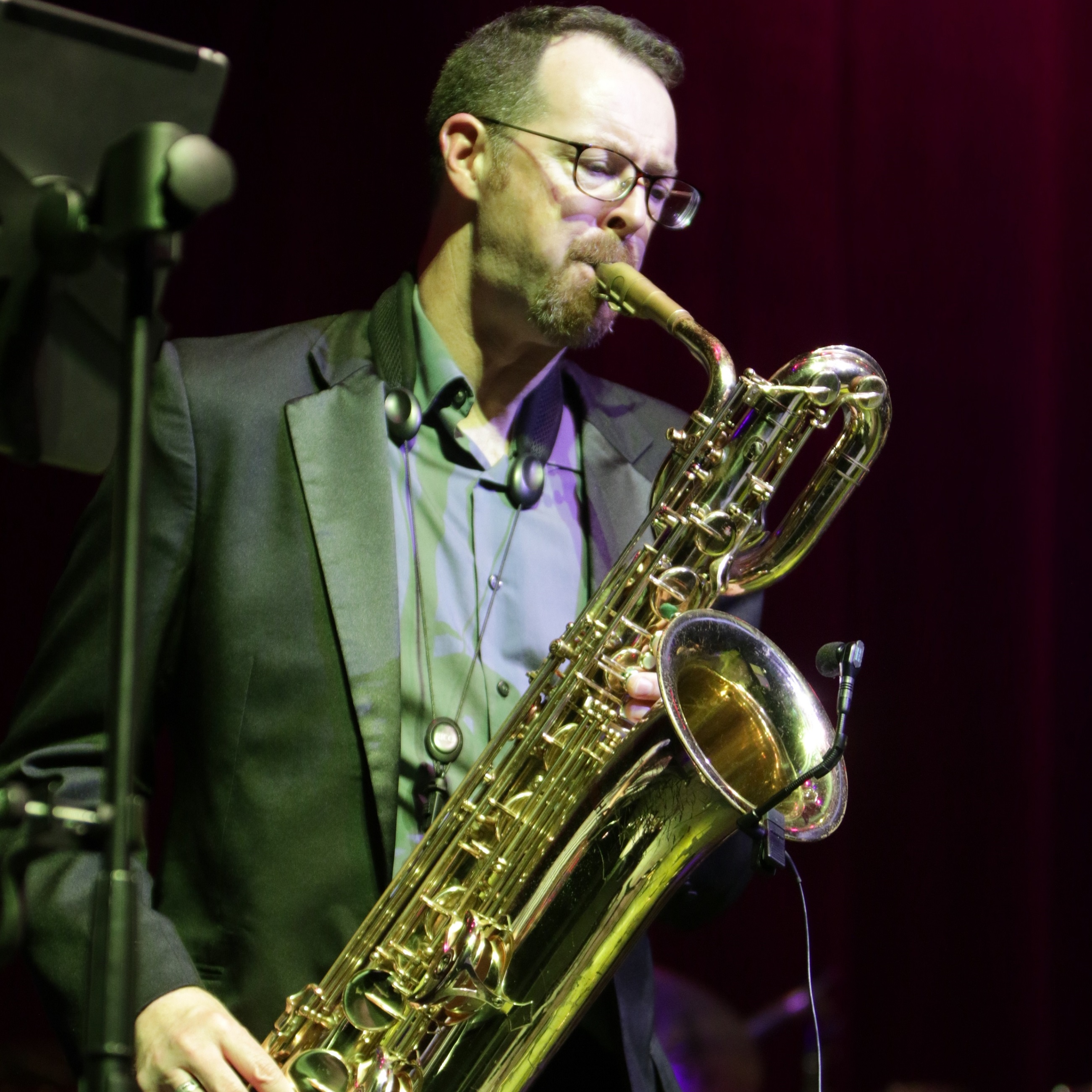 Michael Edwards has been playing and teaching music in Upstate New York since he graduated from the Crane School of Music in 1990, where he was the winner of the 1998 Concerto Competition. He has shared the stage with numerous big bands, jazz groups and party bands, and has appeared with artists such as crooner Vic Damone and Wessel Anderson, saxophonist with the Lincoln Center Jazz Orchestra. Michael currently teaches out of his private studio in Brighton, NY, and has students of all ages and levels on saxophone, flute, penny-whistle, clarinet, violin, guitar, and piano

“Backed by the tremendous house band Prime Time Funk, David Clayton-Thomas and Paul Shaffer rocked the Eastman Theater with ‘Spinning Wheel,’ ‘God Bless the Child,’ and ‘You Made Me So Very Happy.’”
--Jeff Spevak, Democrat & Chronicle

“Prime Time Funk picks up the pieces and pulverizes them. With its attention to funky grooves, no concern about what dancing to them may do to your spine, and a horn section that comes on like a brass-powered blitzkrieg, Prime Time Funk will wear you out. Good luck."
--Frank DeBlase, CITY Newspaper

"Prime Time Funk has the tightest and funkiest horn section in Upstate New York... Fronted by vocalist Ronnie Leigh, the band includes top Rochester musicians: drummer David Cohen, keyboardist Andy Calabrese, and saxophonist Vince Ercolamento.  One listen to Ready and Willing, produced by Jeff Tyzik, is all it takes to know that …This group can tear it up with the best of them."
--CITY Newspaper

"PTF is an air-tight funk band. There’s no doubt about their status in Rochester, but PTF has also conquered lands beyond with two appearances at Lionel Hampton Jazz Club in Paris. Warning: not a good choice if you like to sit still.
--CITY Newspaper

About Ready and Willing: This recording, simply put, is good music. Amazon.com gives you the option of listening to some of the tracks before you purchase. Definitely check them out. Once you do, you'll want to buy it, I guarantee."
--John Harper, Amazon.com review

Credits
We are grateful to photographers Patti Battista, Aaron Winters, and Kurt Brownell for their images on this website.